A Shift in the Arts: Richard Mosse’s ‘The Enclave’, Calling Attention to the Self & the Whole 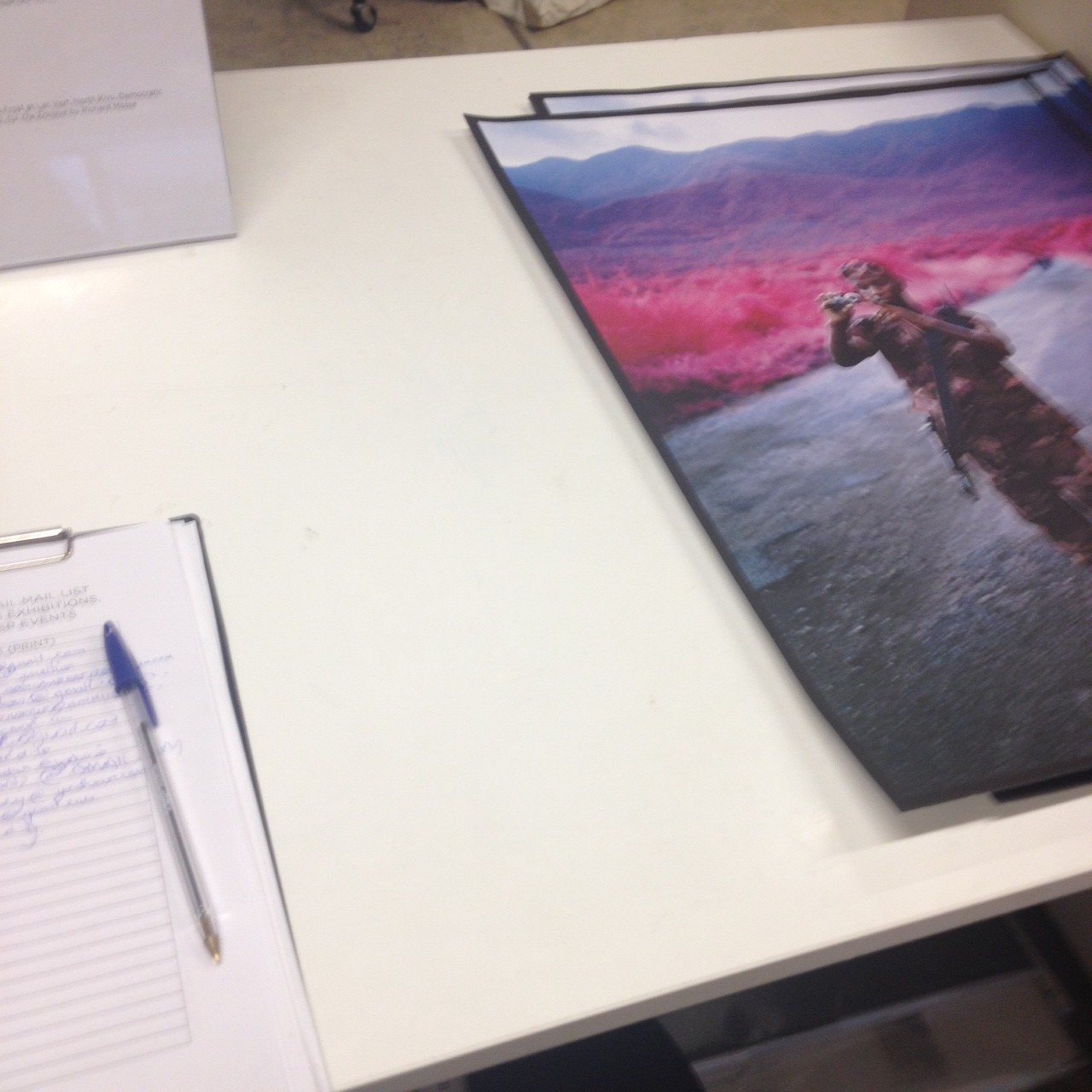 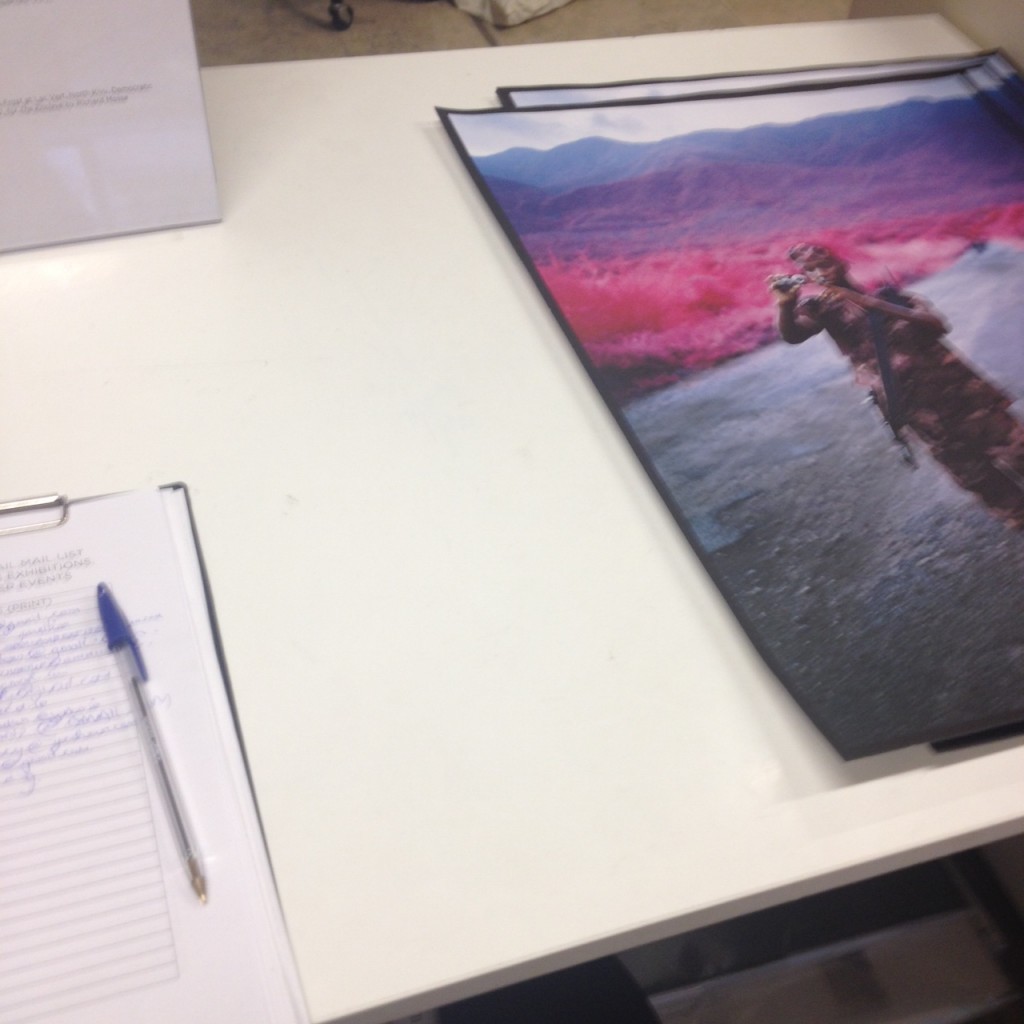 I went to see the Enclave because the images were seductive. I went thinking that it was a smart idea visually and that he had probably missed the sincerity of the concept behind it but I felt compelled to see it either way. On entering the RHA you’re greeted by a little sign saying you can exchange your email address for a free poster. I thought, “Cool”, took a picture and said to myself, “I must tweet that later.” Well, you probably won’t give a damn about that poster, your email address or tweeting when you’re leaving.

The show begins with three huge photos, so rich that they look almost 3D, especially when you go very close. They’re intricate and detailed. The room is (obviously) clean, bright, white and quiet. The combination of this and the huge images provides a meditative moment, or at least it did for me. I appreciated this, but did not see the cruciality of it until later. In quiet contemplation and admiration, but ultimately alone, you are with yourself, at a great distance from the big world you look upon. For me, this also created an openness that resulted in being more receptive to the video installation. If this is an accident, I’m confident it arose from sincerity of purpose on Mosse’s part.

The video installation is 39 minutes long so give yourself a good amount of time if you’re going. A friend felt she could only handle a certain amount of it at a time, allow for this too. It’s difficult, that’s perfectly fine.

There are six screens, suspended in a dark room. Sometimes there is video on all six, at other times just a few. There is different things happening on each of the screens for a lot of it. It is near impossible to not be in the way of a projector and casting a shadow, or for someone else to be if you are not. You become very aware of your’s and others’ affect on the space. You cast your shadow on the Congo and are part of it. It’s also hard to see everything that’s going on, because of the placement of the screens. It’s disconcerting.

The content is brutal. I cried and I think that’s pretty justified but interestingly, the videos are neither manipulative nor particularly emotive in their presentation. Even the footage of of the kids, and the sounds of a young woman singing, is somehow presented so flatly that it does not tug on heart strings the way these things can be used to do. None of it feels ‘used’ to create a particular response. I don’t know how Mosse did this. It’s beyond me. That is almost harder than to aim for a particular response. But it makes the experience powerful and clear. It feels like he had no motivation but to present the reality to you and allows the response to be entirely your own.

Mosse’s aim was to rethink war photography and he did it. Philosopher Alain De Botton recently noted that photographic journalists are too expensive so it’s essentially left out of our news. Mosse may have made something that fills that gap. But instead of sitting under yet another attention seeking, sales-driving headline, the pinkness of it all gives it permission to sit in the gallery, escaping context that could negatively affect the work.

The first question I was struck with watching it is, “What are we doing?” The next thing that hit me was the realisation that this is happening in a place that is much closer to me, geographically, than my sister in Australia. These people are not so far from us and they’re entangled in an incredibly complex web of violence and politics. Lastly, the inevitable questions that always come back, what do I do? What is my responsibility in all of this? I come back to the same answers for myself time and time again. But it’s vital for art, films, people etc. to get us to re-examine these questions and answers constantly. If you’re not doing that, you have lost touch with reality and sit a stagnant puddle. Birds may have a little bath in you and children may splash about, but overall, you’re cloudy and probably going to evaporate away without having served much purpose.

My one criticism, being the incredibly fussy bitch that I am, is that Mosse didn’t find a way to reconcile examining the self next to examining the self’s relationship to the whole in one piece. The two rooms are distinctly separate. The photos do one thing. The video does another. While I can see how in a simple way, this is much clearer, I would love to have seen the complex concept of the self being of equal importance to the whole, resolved in one work. If I’m not explaining this concept well, a nice analogy is that communism favours the group while capitalism favours the individual. The right answer is not one or the other but the simultaneous functioning of both. It’s not clear cut but we’re actually smart enough to understand that and I’d love to have seen that resolved here as the work comes so close to that concept, whether that was intended or not.

The Enclave was the second of three things I’ve seen in the arts in recent months that seem to indicate the chaos, confusion and calculation of postmodernism has begun to distill into something new, coherent, exciting and beautiful that will serve us very well. I think it’s too early to put a name on it or say exactly how, but it looks like it will be as complex as the last hundred years or so of postmodernism, but with greater purpose, poignancy and may fulfill the very real needs of a global society that owns a greater sense of awareness than our world has ever seen before. This is not to say that individual works have not been achieving this up until now, but i think the shift is going to become noticeable on a grand scale.

And fair play to the artists who stuck it out. I opted out (of the art world) because I found it so distressing but each of you have been contributing to the boiling point it needed to reach, on multiple levels, in order to get here. I’m sure I’m not the only one who’s noticing this. I can only imagine it’s appearing everywhere simultaneously, as these things tend to do. In the mean time, go see The Enclave. Bring a biro and a notebook and get yourself a hot chocolate afterwords or meet someone who’s good for chats and a hug.

Tags:artsIrelandPostmodernismRichard MosseThe Enclave
previous#Capesummit at the Web Summit Dublin 2013 – An Explanation and the Pictures!
nextI am not Ukrainian